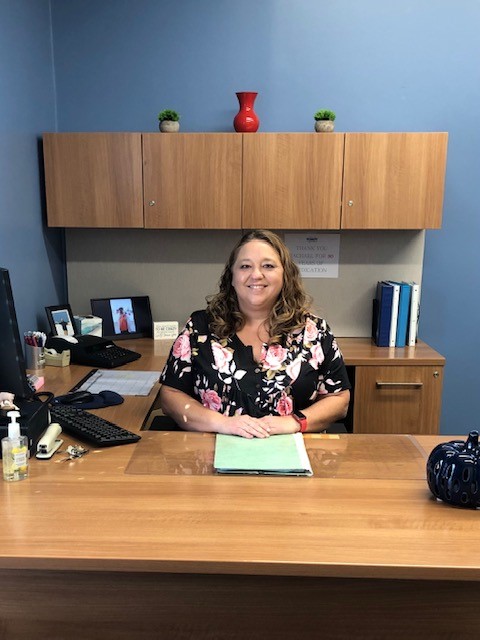 Ms. Jarman joined Guardian Savings Bank in 1991 and has served in multiple capacities over the past three decades. She joined the bank as a part-time teller and has served as a Branch Manager, Corporate Secretary and Vice President, Loan Officer and more, including roles as the bank Investment Officer, IRA Administrator and Training Coordinator.

She is active in multiple civic, charitable, and economic development endeavors across the community. She was nominated and participated in the Chamber of Commerce Community Leaders of Tomorrow Program. She served on the Board of the Phoenix Crisis Center and has Chaired the Blue Collar Blues & Barbecue Festival. She has also served on the United Way Auxiliary committee.

Ms. Jarman is mother to four children, and she enjoys spending her free time being involved in their chosen activities. In addition, she has previously volunteered/fostered dogs for Partners for Pets and now counts a fur family of five in addition to her children.

“Guardian Savings Bank has been serving Granite City for 101-plus years,” she said. “Six executives have led our institution and I am proud to serve as its seventh President and first female to assume this role. I humbly accepted this position and look forward to the challenge of leading our bank through these trying times of global pandemic and low interest rates. I look forward to continuing to serve our customers and the community in my new role.”

Rates are not guaranteed and are subject to change. To request a new account disclosure call 618-876-5544 or email us at customerservice@bankguardian.com.

From time to time, we provide links to other websites for the use of our visitors, which have been compiled from internal and external sources. By clicking “Continue” below, you will be opening a new browser window and leaving our website. Although we have reviewed the website prior to creating the link, we are not responsible for the content of the sites.

Information on linked website pages may become dated or change without notice, and we do not represent or warrant that information contained on these linked pages are complete or accurate. We suggest that you always verify information obtained from linked websites before you act upon such information.

The privacy policy of this bank does not apply to the website you visit. We suggest that you always verify information obtained from linked websites before you act upon such information.